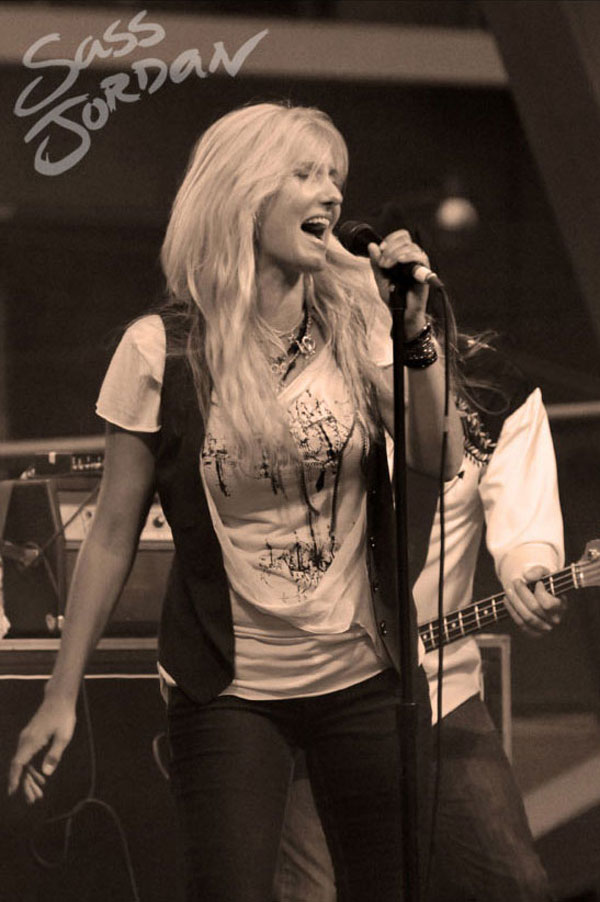 The roots that grew Canada’s Queen of Rock, Sass Jordan, started in Europe and edged across the pond to the veins of metal pulsing in the musical metallurgy of Montreal in the 70’s. Montreal’s burgeoning ’70’s scene included a ‘no holds barred’ approach to glam, punk, blues, prog, metal, country, jazz, folk, with the added attraction of a homegrown sound created by the Quebecois artists of the decade, unique to the landscape and pertinent to the denizens of the period. There was no better musical place to be in the ’70’s- and this was the backdrop that nurtured one of the pioneers of female fronted rock – Sass Jordan.

In the years since these auspicious beginnings, Sass has found herself working with and in the company of many of the people that inspired her to do what she does, amongst them the incomparable Aerosmith, The Rolling Stones, AC/DC, Steve Miller Band, Van Halen, The Foo Fighters, Cheap Trick, Santana, Joe Cocker, Styx, Rodger Hodgson, April Wine, Jeff Healy, and countless others. She has won various awards, including Juno and Billboard, and has sold over a million records world wide.

Sass was a feature actor in the episodic tv show “Sisters”, and from 2003 to 2008 starred as one of the four judges on the hugely popular television series, Canadian Idol. Her songs and performances have been featured on numerous television shows, including the iconic 90’s ‘Baywatch’ and ‘Knight Rider’,  The Dennis Miller Show, and SyFy’s ‘Defiance’.

She is currently working on new music while continuing to perform live concerts, and she is developing a webisode/podcast series entitled ‘Roadogs and the 10 Commandments of Rock” in support of her friend, Tom Petersson’s foundation, RockYourSpeech.com

There are very few female singers out there that are used as an example to describe a sound/style, but Sass is one of them.